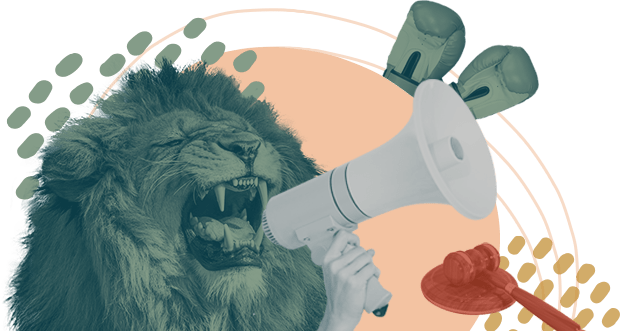 Which is the Most Difficult Enneagram Type to Type?

7 Things Every Enneagram 8 Should Do Before Falling in Love

Can Your Enneagram Change Over Time?

Can You Be Two Enneagram Types?

How the Nine Enneagram Types Communicate at Work

How to Unleash the Potential of your Team by Enneagram Type

The One Productivity Boosting Habit That Will Improve Your Day, By Enneagram Type

Do This to Increase the Accuracy of your Personality Test Results

6 Things You Can Learn from a Couple’s Psychometrics Test

What Each Enneagram Type Packs for a Road Trip

Eights are defined by their desire to be powerful and to avoid any vulnerability. They present a confident, assertive, and decisive image to others. Eights can be argumentative and intimidating; it is important to them to stand up for what they believe in and to protect those who are weaker than themselves.

Deepest Fear: Eights fear being vulnerable and powerless more than anything, and cope with this fear by always being strong and in control.

Core Motivations: Eights are motivated by their desire to be independent and in control. They resist appearing or feeling weak and reject any authority that restricts them.

Key Personality Traits of the 8

How Rare are Enneagram 8s?

Goal-oriented and self-competent, Challengers trail blaze boldly through all walks of life and take great pride in their independence and sharp minds. They hold their heads up high and will pick themselves right back up after each stumble — stronger than before.

Eights rebel against the rules of society. The opinions of others will have absolutely no effect on their standings upon an issue, as they pride themselves on being fully capable and self-sufficient.

Strong advocates for others, Eights are concerned with justice, combating oppression, and protecting the weak. They view the world as made up of “strong” and “weak” people — they are strong and, therefore, are responsible for protecting those who are not.

Eights are energetic and direct. This type is not shy when it comes to taking the lead and making tough decisions. They have no fear of conflict and they are not always concerned with limits or boundaries. They typically take charge during group projects or meetings and find themselves at ease in leadership positions.

As children, they may have been called ‘bossy’ by peers. Many Eights grow up in a conflict-heavy environment, and feel like they have to adopt a strong personality early in life to survive.

Challengers are part of the “body-based” triad, along with Type One and Type Nine. The core emotion experienced by this triad is anger. While Ones and Nines more or less repress or ignore their anger, Eights have no problem accessing their anger, often expressing it impulsively.

Healthy Eights are brave and charismatic leaders who stand up for themselves and others. Less healthy Eights may ruin relationships on their path toward power and authority. Eights grow when they learn to access their vulnerability and weaknesses.

8w7: The Eight wing Seven type is an Eight who shares many characteristics with the Type Seven. This type is energetic, enthusiastic and may appear more combative than other Eights. Common jobs for this type include entrepreneur, politician, and lawyer.

8w9: The Eight wing Nine type is an Eight who has similar features as the Type Nine Peacemaker. They are confident, calm, and generally more patient than other Eights. Popular jobs for the 8w9 include activist, professor, counselor, and judge.

How to Recognize an Enneagram 8

Naturally accustomed to leadership roles, the Challenger makes their presence known and carries an aura of confidence and self-assuredness in their speech and walk.

They typically believe in the mantra of creating your own luck and work very hard to make things happen, no questions asked. Challengers are ruthlessly independent and are unafraid of confrontation, which can get them into major trouble at times.

They naturally butt heads with authority, especially when met with the classic, “You must do this, because I told you so.” Respect is earned through reason and competency, and not through age or status.

When they are healthy, Eights can be a champion of ideas for those who are oppressed. They’re strong and confident leaders who can be the backbone and driving force for causes and communities. Their energy and commitment to improve upon society and themselves blossoms into new gardens where Challengers can sow their seeds with care. To close friends and family members, Challengers are generous and intensely loving individuals who freely offer refuge and advice. When they learn to develop their caring side, gratitude and joy emerges from their core selves. With this newfound sense of tenderness, Challengers become aware of others’ needs and will freely drop the ‘tough’ persona.

When they are average, Eights are competitive and may view friendships or business relations as a battlefield, always looking for the next challenge to win. They’re assertive and stubborn, but also self-confident and competent. During their down time, they critically evaluate their actions and work towards self-improvement. They avoid showing vulnerability, which can be a roadblock for connection and intimacy. Doing so would demonstrate weakness, which is absolutely unacceptable in their books. As a result, they can be seen as highly ambitious yet intimidating by peers. Their confidence and stamina lifts them to new heights, with each failure serving as a kick for more effort.

When they are unhealthy, Eights can become tyrannical and intimidating, scaring others off at first glance. They become addicted to the pursuit of power, and will destroy anything blocking their way with fury. The feelings and emotions of others become insignificant, as they become blindfolded to the softer side of the human psyche. When their delusions of power get out of hand, Challengers become stone-cold and take an antagonistic stand to anyone who dares to question them and their motives. They may use empty threats to regain power over others and turn existing relationships into tests—where one can only pass or fail. Others may turn their backs on Challengers, who will reason that they were better off working alone. In the end, they may force themselves into loneliness.

The Enneagram Type Eight in a romantic relationship focuses their attention on passion and intensity. They often surpass all other types in terms of both energy and the desire for the other partner to surrender to their lead. Eights see the world in terms of strength and weakness. When a spouse directly challenges them, Eights respect their partner even if they disagree, as they like to be met with some sort of a reaction in response to their passion. This makes Eights great at facing conflict. Though they may come across as intense, they don’t mind logically hashing an argument, or changing their mind about something, if they feel their spouse or partner can back up their point.

Eights will also protect the people they care about with their strength, energy and power. However, sometimes they forget to acknowledge their limits and desire intensity in all manner of stimulation with their drive to fill up the inner emptiness through physical gratification. This can focus on winning, food, sexual gratification or any other type of gratification. The Eight does well to pull back, to take deep breaths, and to find a wider variety of smaller passions when necessary.

If you love an Eight, remember, they are going to love you hard and long and loyally if they feel you can be trusted. This is, however, a rather big “if” because as most Eights know, they have often lost trust at an early age and are on their guard. However, they are excellent about sharing their frustrations, not usually overly fearful, and are not extremely bothered by showing their stamina and power in a disagreement. This is, indeed, the gift of the Eight.

A good growth practice is to remind your Eight to be self-controlled versus rapaciously always going after more. You can also encourage them to be helpful and not demanding, and to trust a higher power versus always following only their own gut. This latter tendency can sometimes deter them from integrating their heart and thoughts or cause them to withdraw too quickly in relationships. Click here to find the Enneagram and Marriage Glow Pairing Guides so you can find tips for a type Eight with each of the individual types!

In an interview with @thelist, Truity's CEO @mollmown reveals how the #Enneagram can be used to understand childhoo… t.co/pAhoRwVt38
What are the temperaments, and how can you use them to understand people's motivations at work?… t.co/6ti8GfVNQl
Are you a #TypeA or #TypeB personality type? Ask yourself these 6 questions: t.co/ZNlCb4lLl2 t.co/yiv8QsmIMv
Enneagram Sevens — what are your favorite TV shows? t.co/l1iNsniWwF
Can you guess which #Enneagram type is the most difficult to type? t.co/5ImTWcEPYc t.co/r0I8MbqZs5