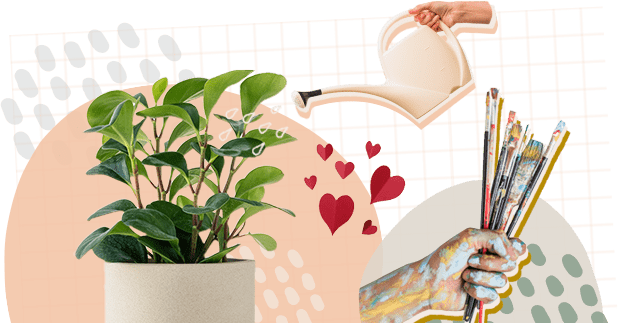 How the 8 Introverted Personalities Show Their Extraverted Side

How to Become a Master Networker for INFPs

Is Perfection Destroying Your Happiness?

What Does an INFP Need to be Happy at Work?

What is the Most Introverted Personality Type?

How to Parent a Thriving INFP Child (While Keeping Your Sanity)

How to Become an INFP Whisperer

Idealism. INFPs care deeply for others and believe it is their duty to make a positive impact on the lives of other people in any way they can. Because of this unbreakable commitment, INFPs are capable of great self-sacrifice, and they won’t compromise their ethical standards for personal benefit. INFPs are firm believers in the unlimited potential of human beings to achieve remarkable things, and they can always be counted on to provide encouragement or material support to those who are attempting to expand their horizons.

Integrity. Integrity means everything to INFPs, and that includes intellectual as well as moral integrity. Some people might accuse INFPs of being overly imaginative or of being willing to stretch logic to the breaking point in order to find the deeper meaning they insist must exist, but there is no denying that the deeply reflective nature of INFPs allows them to transcend the boundaries of imagination that so often prevent us from discovering new solutions to old problems.

Compromise. As empathic idealists, harmonious relations are like a balm to the soul for INFPs. In family settings or when working in groups, INFPs are highly effective as mediators because they are legitimately interested in the viewpoints of all and will go out of their way to make sure that everyone is given a fair hearing. They are enthusiastic advocates of cooperation and believe that no difficulty is insurmountable when people work together for a common cause.

Dedication. It is easy to pay lip service to virtues like compassion, creativity, originality and open- mindedness, but these ideas don’t mean much unless they can be translated into real-world applications. Fortunately, INFPs are masters at doing just that. Passionate and committed to the cause, these personalities have a unique ability to mold and shape their surrounding environment in ways that promote self- improvement and transcendent achievement for all.

Sensitivity. Their deep compassion, sensitivity and commitment to originality allows INFPs to interface with their interpersonal landscapes in a constructive manner, but these feelings also leave them vulnerable to disillusionment and powerful existential angst. INFPs who venture enthusiastically out into the world can end up retreating into lethargy and depression when they discover their idealism isn’t always shared or respected by others, and their incredible talents can go completely to waste when they become too discouraged to continue.

Impracticality. While their insistence on standing up for justice and decency is admirable, the intensity of their feelings can occasionally leave INFPs unwilling to make compromises even when doing so might be necessary to get something accomplished. Sticking to your morals is admirable, but in the real world it may be impossible to accomplish anything unless the INFP can find a way to give and take a little and find practical, if imperfect, solutions to problems.

Selflessness. INFPs have a tendency to neglect or suppress their own needs if they believe it is necessary to keep the peace or make others happy. When a person holds his or her insecurities inside for too long, it can eventually cause a blow-up or an emotional breakdown. Sensitive INFPs often suffer in silence, and this is a pity because INFPs and their fellow travelers usually have people in their lives who care about them a lot and would be more than happy to help them deal with their heartaches and disappointments.

Vulnerability. Compassionate to the core, INFPs lead with their hearts rather than their heads and this can sometimes set them up for trouble. Unfortunately there are users and manipulators out there who are always on the lookout for easy targets, and from the standpoint of these individuals INFPS might as well have flashing neon signs attached to their foreheads that say “exploit me, exploit me!” Trust is a wonderful thing, but not when it makes you gullible.

In order to reach their full potential, INFPs should:

Learn to recognize the difference between compromise and concession. People who disagree with INFPs are simply seeing things from a different point of view, but to an INFP, it can feel like they are being backed into a corner. Instead of digging in their heels, INFPs must find a way to detach from the situation so they can comprehend the motivations of their opposition more clearly. If it is only a difference in values and not a lack of them that is responsible for divergent opinions, then INFPs should not expect others to give in to stubbornness any more than they would if the shoe were on the other foot.

Make sure dreams and fantasies are used to enhance reality rather than replace it. INFPs who look out at the world with idealistic eyes often see grand vistas of beauty and limitless possibility that others are not capable of perceiving. But INFPs sometimes choose to retreat into these fantasies instead of using them to solve real-world problems. Imagination can open the door to better possibilities, and INFPs should never lose sight of its transformative potential.

Learn to respect the details. No matter how wonderfully inventive a new idea might be, it won’t get anywhere if the logistical details required to put it into practice are ignored or neglected. INFPs may find this aspect of the creative processes a bit boring, but they should challenge themselves to overcome their disinterest and pay attention to all those annoying details anyway.

Seek out leadership positions. INFPs have strong egalitarian instincts, are natural conciliators, passionately believe in the utility of cooperation, are excellent listeners, and never fail to pay attention when someone has a new idea to share. These admirable qualities double as superb leadership skills, and no one who possesses them should avoid leadership positions simply because they aren’t extraverts. Above all else, leaders must have the respect of those they presume to lead, and INFPs are just as capable of gaining that respect as any other personality type.

Accept themselves as they are without apology. Because their standards are so high, INFPs have a hard time forgiving themselves when they fail to meet their own expectations. They may also become indecisive and fall into a perfectionism so extreme that it cuts off their flow of creativity and makes it impossible for them to excel and achieve. This dynamic is unfortunate, especially as INFPs would never think of holding others to such impossible standards. For the sake of their mental health and happiness, INFPs must learn to stop comparing themselves to others and recognize that they should prioritize their own happiness.

Everyone has an extraverted part of their personality, not only Extraverts! Here’s how the introverted personality… t.co/DUoTyG1vrz
If you're an #Enneagram9 looking to get out of your comfort zone, this is for you. Here are 3 strategies to help yo… t.co/NtkwV1tNNx
Is it possible that our pets have personalities that align with #Enneagram types? Take a look:… t.co/rBMgXL6EAO
Despite stereotypes and misconceptions, attention-seeking is not a trait that only some Extraverts share. Here are… t.co/BVt8ZiOrai
Although ISTJs would prefer to stay away from conflict, it can still arise. Here are five insider tips to help ISTJ… t.co/NzFnzmahmr