The History of Katharine Briggs, Isabel Myers, and the MBTI®

How is it that the world’s most popular personality test could have been created by two women who had no formal training in psychology, statistics, or psychometrics? The story of the Myers-Briggs Type Indicator®, its creation, and its rise to popularity is a remarkable one, and a testament to the determination of its creators: Isabel Briggs Myers and her mother, Katharine Cook Briggs.

Katharine and Isabel lived in an era when women were not encouraged to develop their minds, and a traditional career path for a woman was nearly out of the question. They were devoted wives and mothers, but they were also highly intelligent, independent, and curious women who needed an intellectual outlet. When they weren’t tending their homes and families, they read, wrote, and studied a wide variety of topics, including the subject that would eventually make them famous: the theory of personality types. Although Katharine and Isabel sometimes struggled to have their work taken seriously–whether because of their gender or their lack of formal credentials–their theories of personality type have come to define the way we think about people and the differences between them.

The Birth of a Theory

The family’s interest in personality type began with Katharine Briggs, an educated and intellectual woman who had a lifelong love affair with knowledge. Katharine came of age in the Victorian era, when it was believed that too much education could harm a woman’s reproductive capability. Fortunately for bookish Katharine, she came from a family of academics who believed in the value of education for women and men alike. She earned a degree in agriculture and worked as a teacher, and after college married a physicist, Lyman Briggs.

Katharine was an avid reader and writer. One room of her home was designated her study, where she wrote articles and essays on child-rearing and education. As she cared for her only daughter, Isabel, she formulated strong opinions on the proper methods for raising children. She believed children were innately curious and that education should foster their natural instinct to learn. After a brief and unsatisfying encounter with traditional schooling, she brought Isabel home to educate her daughter herself, and encouraged her to spend long hours reading and writing on whatever topics interested her.

Katharine was also an aspiring fiction writer, and this is where her interest in personality types was born. She wanted to discover the fundamentals of personality and behavior, so that she might create better characters for her stories. Katharine’s interest in personality types intensified when Isabel entered college and met the man she would marry, Clarence “Chief” Myers. Katharine felt that Chief was different from the rest of the family, and turned to her study of personality types in an attempt to quantify what that difference might be. This was a crucial endeavor for Katharine, as she sensed that her ability to appreciate Chief was essential to her continued closeness with her daughter. Rather than judge or reject Chief, she set out to understand him. 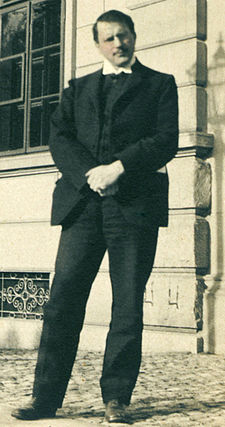 Katharine’s search for a definitive theory of personality type continued over many years, and led her to study the works of philosophers, psychologists, and scientists. She found no unifying theory of type in her studies, and eventually she began to formulate her own. However, in 1923, she read C.G. Jung’s Psychological Types and found the system she was looking for. The text described personality type in a way that she found definitive and complete, and she abandoned her own attempts at creating a theory of personality in favor of studying Jung’s work.

Katharine contacted Dr. Jung personally, corresponding with him over several years and even meeting him when he visited the United States. He provided her with additional notes on his work in the field, and she consulted with him in the application of his theories. At the same time, she began to use Jung’s theories in her writing. She composed a novel incorporating the concepts of personality type, and wrote an article for the New Republic magazine which explained to readers how they might attempt to classify themselves and the people around them.

While Katharine pursued her studies, Isabel was keeping busy as a wife and mother. She and her husband Chief had two children, and Isabel plunged herself enthusiastically into the task of raising them well. What time she had left over was occupied with her own interest in writing. After winning a mystery-novel contest, Isabel enjoyed some success as a writer of novels, short stories, and plays. During these years, Katharine tried to interest Isabel in type theory, without much success.

Things began to shift in the early 1940’s, as Isabel’s children grew older. She felt compelled to help with the war effort, but the usual volunteer activities did not challenge her intellect. Her search for a meaningful contribution took a turn when she read a magazine article describing the Humm-Wadsworth Temperament Scale, a psychological test designed to place people in the appropriate type of work for their character. She wrote excitedly to her mother, expressing her desire to become involved in the task of allocating workers to the right niche within the labor force. 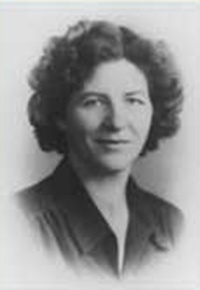 Isabel sought out a position within a personnel department which was already using the Humm-Wadsworth on their staff. She learned to score it and gathered empirical data on its effectiveness, but was disappointed when her data showed that the instrument was not a useful predictor of job performance. She discussed the problem with her mother Katharine, who proposed an alternative: to develop a new assessment, based on the theories of personality type that she had been studying for so many years.

With her children now in college, Isabel threw herself into the project of creating this “people-sorting” tool. Her mother contributed the enormous amount of knowledge she had amassed over decades of study, and Isabel went to work creating a questionnaire that could effectively sort people into personality types. Isabel wrote hundreds of questions, testing and re-testing them with people she knew and meticulously collecting data. Eventually, she selected 172 questions which she determined were the most effective at sorting people into personality types. These composed Form A of the Myers Briggs Type Indicator.

Isabel was resourceful in finding guinea pigs for her new tool. She gave the Indicator to her son’s high school class, to students at nearby colleges, and to the military units of family friends. In 1945, she signed a contract with a management consultant to use the Indicator with his clients. Her big break, however, came about with the help of her father. Through his contacts in academia, he arranged to have the MBTI administered to the entering classes of the medical school at George Washington University. Isabel used this work as a springboard to sign on more medical schools, and over the next few years she was able to give the Indicator to several thousand medical students.

As Isabel immersed herself in the development of the Indicator, Katharine became less involved. She didn’t understand the statistical methods Isabel was using to validate the instrument, and even suggested her name be left out of the title (Isabel refused). Katharine’s work had provided the theoretical basis for the instrument, but the MBTI was very clearly Isabel’s. Katharine contributed where she could, in particular providing much-needed funding, while Isabel pressed ahead with her research.

The MBTI Finds a Publisher

The large body of data Isabel gathered from her work with medical colleges allowed her to further refine the instrument. It also gave her the opportunity to gain more recognition. In 1956, a dean of one of the medical colleges she was working with met with the head of the Educational Testing Service, a publisher of psychometric assessments, and suggested that the company might be interested in the Indicator. Researchers at ETS invited Isabel to present the instrument and were impressed. In 1957, ETS signed a contract with Isabel to publish the MBTI.

The contract with ETS offered Isabel more resources, but also more frustration. She was assigned to work with a team of researchers and statisticians who were suspicious–and sometimes outright derisive–of her unconventional background and methods. Although Isabel made important gains in her data collection while at ETS, the company never publicized the instrument, and Isabel grew increasingly dissatisfied with the way her creation was handled. In 1975, Isabel signed a new contract with Consulting Psychologists Press, a small but well-respected company in California. CPP made the Indicator a central focus of their catalog, and it grew to become their best selling product. 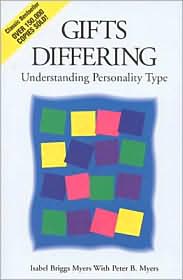 The Cover of Gifts Differing

Isabel’s family and colleagues had been imploring her for years to write a book on her theories of personality, but the project had always taken a backseat to her data collection and analysis. However, when she was diagnosed with cancer in the 1970’s, she realized her time might be running short. With the help of her son Peter, she wrote Gifts Differing, still considered the definitive text on Myers-Briggs personality type. As her health worsened, she worked from her sickbed to edit and proofread the book. She died shortly after completing the book, peacefully in her home.

Although Isabel originally conceived the Indicator as a career-placement tool, it came to define how she thought about all aspects of life. She viewed it as important tool in vocational planning, education, marriage, and personal relationships. She credited her own happy marriage to her awareness of personality types, explaining that the differences between herself (an INFP) and her husband (an ISTJ) were made easier to understand and appreciate with the use of the MBTI. Type was a way of life for Isabel, and her family members reported that in her later years she would talk of little else.

Isabel Myers’ passion was to show others their gifts, and help them understand how they might best contribute to the world around them. Her unflagging tenacity in promoting her Type Indicator was borne of her conviction that the tool could be of tremendous benefit to anyone who was given access to it. At the last professional event of her life, she told a colleague of her hopes for the future: “I dream that long after I am gone, my work will go on helping people.”