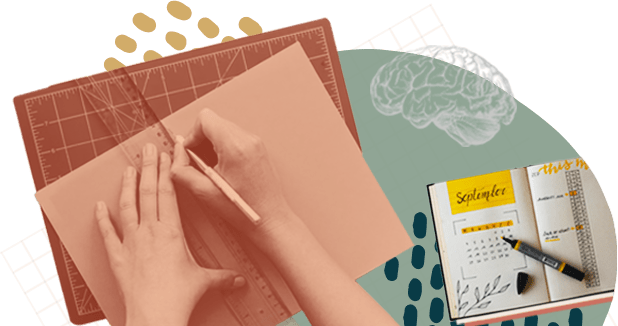 The One Productivity Boosting Habit That Will Improve Your Day, By Enneagram Type

Do This to Increase the Accuracy of your Personality Test Results

6 Things You Can Learn from a Couple’s Psychometrics Test

What Each Enneagram Type Packs for a Road Trip

Introverts, Extraverts, and the Enneagram

What Are the Most Common Enneagram Types for ENFPs?

A Deeper Dive into Enneagram Subtypes: Head Types 5, 6 and 7

A Deeper Dive Into Enneagram Subtypes: Heart Types 2, 3 and 4

A Deeper Dive Into Enneagram Subtypes: Body Types 8, 9 and 1

Enneagram Type Ones like to do things correctly and to high standards, are sticklers for rules, and pay close attention to detail. They also avoid making mistakes. To others, they appear perfectionistic, responsible and exacting.

Ones are typically sticklers for rules and details, and get frustrated when things don’t live up to their very high standards – at work, in relationships or in their day-to-day lives.

Deepest Fear: Ones fear being “bad people,” morally flawed, or otherwise seen as imperfect. They cope with this fear by being rigidly disciplined and very hard on themselves (and often, those around them, too).

Core Motivation: Ones strive to be good and honorable - and to live a life with purpose. They seek the best and most correct way to do things.

Key Personality Traits of the 1

How Rare are Enneagram 1s?

Perfectionists are responsible and serious-minded pragmatists. They want to find purpose in their lives, in particular the ability to improve the welfare of people and make things better for the greater good.

To do this, they use their best judgment to find solutions that can be applied in the real world. They have a deep appreciation and interest in ethics, and frequently spend time evaluating and adjusting their moral compass as necessary.

Often, Ones have a clear life mission outlined in their mind, and they work very hard behind the scenes to transform that powerful vision into reality - with a strong sense of duty and tenaciousness. Quiet and controlled, they will follow through with their words and commitments.

Perfectionists are willing to go the extra mile to ensure their work is top-notch and curated to perfection. They take great pride in crafting streamlined schedules and plans to carry out tasks in the most efficient manner possible — optimization is a lifestyle choice.

Within the structure of the Enneagram, Ones belong to the “body-based” triad, along with Type Eight and Type Nine. This triad focuses on the core emotion of anger, which Type Ones cope with by designing their lives around order and control.

The Perfectionist feels that if they have everything organized and under control, they will not have to worry about negative emotional experiences like anger and frustration. Because this type sees anger as “wrong,” they will repress it, which can ultimately lead to feelings of resentment, self-loathing and regret.

Type Ones often grow up in environments where there is a lot of chaos and uncertainty. Because of this, Type Ones often feel responsible for holding everything together. As long as they can maintain order, the One believes that everything will be “good.”

1w9: Enneagram Type One wing Nine personalities have all the main characteristics of the Type One, but also resemble the Type Nine in some ways. These Ones are generally calmer than other Type Ones and they possess a strong sense of right and wrong. They are more open to new ideas and perspectives than a typical One. They may appear quieter and more withdrawn than other Type Ones as well. Like Type Nines, this type seeks peace and avoids conflict. 1w9s are drawn to careers in psychology, social work, journalism and politics.

1w2: Enneagram Type One wing Two personalities have all the main characteristics of the Type One, but also resemble the Type One in many ways. These Ones are more focused on the livelihoods of other people, and champion causes focused on meeting people’s needs. They may appear overly controlling or critical of other people in an effort to help them become the “best version” of themselves. Like the Type Two, this type wants to help and feel appreciated. 1w2s are drawn to careers in medicine, law, religion and social justice.

How to Recognize an Enneagram 1

A clear and organized life, both inside and out, is the Perfectionist’s ultimate goal. Steadfast and diligent, Perfectionists seek to improve the state of the world through intention and reason. They have a clear sense of duty and feel obligated to serve society through willpower and perseverance.

Their method of communication is typically direct, honest and deliberate. With little patience for small talk, they take charge of their duties in a contained manner. Fashion trends are of little concern—they prefer to invest in high-quality pieces that’ll stand the test of time. And in relationships, they have a similar outlook. Ones are loyal, conscientious partners who also have high standards for themselves -- and their significant other.

With their keen ability to discern, they gravitate towards careers in the military, law, forensics, finance and academia. You may also find Ones involved with nonprofits and civic/community-focused organizations, as they yearn to make a positive difference in the world.

In the workplace, they carry tasks carefully and methodologically. A Perfectionist may be the star employee who goes above and beyond to complete all work to a high standard.

When they are healthy, Ones see an abundance of situations to improve and accept the dynamic chaos of life as it is. They have a strong sense of justice and fairness, and are willing to tolerate and understand the diversity of humanity to further progress for the greater good. The Perfectionist achieves an ideal work-life balance and understands how to relax.

When they are average, Ones organize and compartmentalize all aspects of their lives, follow strict ideals and are likely passionate about various social causes. This is evident in their professional or personal pursuits and societal memberships. Often rigid workaholics, Perfectionists may suppress emotional needs in order to get things done.

When they are unhealthy, Ones become out of touch with reality and focus on irrelevant factors. This can lead to a self-affirming spiral of prejudice to the point of obsession and compulsion. They may discredit others’ opinions and nitpick to keep their distorted self-image in check. There is little room for error in this state, and Perfectionists can fall into explosions of rage and fury when their principles are under attack.

Enneagram Ones in a relationship can bring a balance of goodness, productivity and fun to the mix that most of us can only dream about. However, Ones also tend to focus on noticing errors in themselves and their partners.

Because of this, when frustration rises to a high level in romantic relationships, Ones internally point to the mistakes of their partners using logic, but they usually don’t say anything about these critiques. This tension can last a long time since they tend to repress their anger - and are sometimes even unaware of it. This repression stems from the belief that they are “bad” when they experience anger, instead of realizing conflict is part of life.

When they do finally get the courage to express frustration to a partner or spouse however, the spouse has often already “felt” the anger in some way and is sensitive to the One’s critique. This can further a couple’s polarization as the quite-logical One refuses to meet the partner with softness. Instead, they insist on their own rigid positioning and being even more convinced they are right.

At this point, Ones may express hostility since they believe their actions are correct and they will try to force things into conformity. For this reason, it is important for Ones to practice the inner work of releasing their control and their desire for perfection to a higher power. Likewise, to ensure they are taking care of themselves through mindfulness, meditation, a regular massage, or a workout.

When healthy Ones recognize that the gift of rightness, fairness and goodness they bring to the world is the source of their attraction, and that they are not responsible for the end result of every situation (including letting go to a higher power, if they are spiritually inclined), they can relax in a relationship. This allows them to better take care of their relationship and even to offer apologies as necessary, the latter of which is not always natural for a One.

If you love a One, remember that even when they’re healthy, they still love improving things! Their biggest needs in the relationship are finding time to make the world a better place as a team and then to relax. This is not only their desire, it is their gift.

You too, will be on the road to improvement if you choose to partner with a One. Sometimes that’s even unconsciously why you picked them, because you knew they would keep you on the straight and narrow! Ones are in the anger triad of the Enneagram. They are inclined to have anger and a harsh critical voice that can be turned both inward and outward. Why aren’t they better? Why aren’t I better? They are often their own worst critic. Knowing this about them, you should encourage self-care and try to remember that when your One is trying to reform you, it’s because they’re wired to see problems. Work on your stuff, then. However, don’t take it on if it’s not yours to deal with. Also, steer them toward fun as a reward after medium-to-large segments of hard relationship work!

If you’re with a One, remind them that you may have different gifts than them. Let them know you’re never going to give up on self-improvement, but that you don’t want them to judge or critique you. Help them to understand framing things more positively, and realize that their very gift for seeing errors can be positive, but can also have a negative impact on you. For Ones, finding this balance can be a lifelong issue for them to work on in all their relationships.

Looking for some Introvert-friendly fun in the sun? We put together the ultimate summer bucket list for #Introverts… t.co/oVwKh8FIsW
Got #ImposterSyndrome? Here are 9 tips to help you deal with it: t.co/6XPpqTmIdx t.co/BJ6LbEjnLN
Are you an #Enneagram 4? Here are 7 career struggles that will sound all too familiar: t.co/sJI9ybXKQ4 t.co/nmJZbkRxXL
Management is a tough job, which is why it's important to know your leadership style: t.co/rdisdGS42g t.co/n6vthzLW2e
Confessions of an unhealthy #ISTJ: t.co/hkoyfbWRrg t.co/JxuGDD27Ks