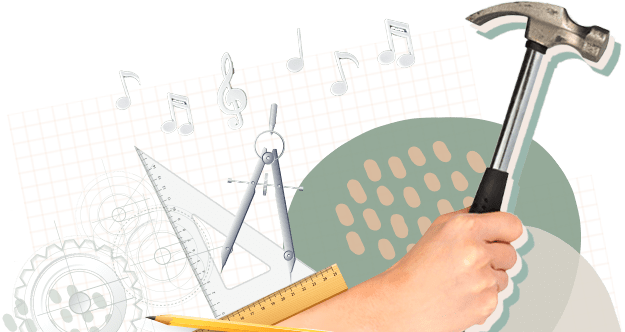 Are you an Introverted Boss? Here Are 8 Ways to Build Rapport With Your Team

Best Jobs for Introverts to Recharge Their Batteries

Tips to Recover from Burnout, Using your Personality Type

Am I an Introvert or an Extravert? How to Tell the Difference

How Does Personality Develop in Childhood?

5 Things To Do If You're Second-Guessing Your Personality Type

10 Myers-Briggs Stereotypes and Why They are Wrong

Thinking of Quitting Your Job? Here’s How to Create a More Meaningful Career, Based on Your Personality Type

Practical and creative. The strength of the ISTP is frequently seen in their technical and mechanical skills, from the tuning of a bicycle to the firing of a gun to the repair of a Formula One race car. ISTPs are masterful in their use of tools and their ability to fix, repair and make tools and machines work for them. They are also particularly handy around the house and can fix most anything, putting ideas into motion with their hands.

Problem solving. ISTPs excel in problem solving because they are able to absorb large quantities of sensory information and categorize it effectively and efficiently so it is ready to be called upon when needed, even in the heat of a stressful moment. Confident in their knowledge and their abilities, they are the doers in any emergency, ready to dive in and take action. They don’t sit on the sidelines paralyzed by the stress, they move into it.

Common sense and world savvy. The one thing ISTPs will never be called is gullible, as this type possesses a keen ability to accurately size up the character and motives of others with striking reliability. People are unlikely to pull one over on them, but if they do, ISTPs will be quite distraught over it, not understanding how they might have been duped.

Flexible. ISTPs do particularly well in physical endeavors of various types because they are able to insightfully size up their competition and position themselves properly in order to secure the victory. Flexible and adaptable, they improvise quickly in order to respond to the situation, trusting that their bodies and the instincts will guide them.

Insensitive. ISTPs tend toward blunt and unsweetened communication and in many ways this can be a strength because it means they are honest, direct and logical. But in excess, it becomes quite harsh and critical, especially if people don’t meet the ISTP’s standards of what constitutes logic, reason or practicality. Rather than accepting that people simply think differently, the ISTP can become irritated when made to deal with a way of thinking that is not natural for them.

Risk-seeking behavior. The ISTP’s restlessness, tendency to become bored and constant pursuit of the thrill can lead them to pursue risky and even reckless behaviors, not fully weighing the costs of their actions. While hedonism is a natural tendency of the ISTPs, some are particularly unwise in their quest for pleasure, thrills, the adrenaline rush and instant gratification, claiming “you only live once.”

Impatient. ISTPs don’t deal well with the inability to move forward, make a decision or act in the moment. Waiting and deliberating is the much greater challenge. Their inability to be patient and their aversion to being bored can fuel their impulsiveness and hedonism in unhealthy ways as they seek their adrenaline fix.

Private and reserved. ISTPs have a strong need for personal space and solitude. In and of itself, this preference need not be classified as a weakness, though problems arise when this need dominates and causes them to push others away or avoid intimacy. They can be inordinately protective of their space, their solitude, their schedule and their way of doing things and, like a mama bear, can become quite defensive toward those who seek to move into this space without permission.

In order to reach their full potential, ISTPs should:

Make a plan. ISTPs are known for their tendency to avoid long-range planning, preferring to make decisions in the moment and live in the present. This means they often fail to take the steps that can help them to advance in their careers and other areas of life. While the ISTP doesn’t need to take their plan and etch it in stone, it helps to have a general framework in order to make decisions and take the steps that can better facilitate a successful career path. Work on setting goals, making commitments and long-range planning.

Balance opportunism. ISTPs inherently understand how to position themselves, and work skillfully with the resources and advantages they have in order to succeed. They can, as a result, be exploitative and opportunistic. The ISTP needs to be mindful of his or her goals and motives to make sure that “taking advantage” doesn’t involve taking advantage of someone else.

Learn time management skills. As Perceiving types, ISTPs prefer to let life come and determine the course of their day, rather than taking a proactive role in deciding how their time will be spent and what they will do. Effort spent on developing time management skills can help the ISTP gain better control of his or her time in order to actively prioritize and use this time rather than letting the needs of the day or the moment dictate. Better time management strategies can also help people of this type overcome their natural tendency to procrastinate.

Stop and reflect. ISTPs get easily caught up in the moment and engaged in the present situation, and once it’s over they’re on to the next. They spend their lives so externally focused that they often fail to set aside time for introspection, for reflection upon their actions and feelings or to learn from their mistakes. ISTPs develop as individuals when they will take a break in the action to spend a little time thinking about their lives, their feelings, where they are going, how they need to grow and what their next steps will be.

Reframe commitment. In life, love and work, ISTPs are generally hesitant to make commitments. They live in the day and focus their energies in the present. As a result, it is difficult for them to conceive of where they will be or what they will want to be doing at some point in the future. To become people who commit successfully, ISTPs can begin to think of their commitments as a daily renewal. One need not declare what ten years from now will look like, it’s only necessary to reframe commitment in terms of many small, daily commitments that over time build up to something resembling a long-term achievment.

In an interview with @thelist, Truity's CEO @mollmown reveals how the #Enneagram can be used to understand childhoo… t.co/pAhoRwVt38
What are the temperaments, and how can you use them to understand people's motivations at work?… t.co/6ti8GfVNQl
Are you a #TypeA or #TypeB personality type? Ask yourself these 6 questions: t.co/ZNlCb4lLl2 t.co/yiv8QsmIMv
Enneagram Sevens — what are your favorite TV shows? t.co/l1iNsniWwF
Can you guess which #Enneagram type is the most difficult to type? t.co/5ImTWcEPYc t.co/r0I8MbqZs5